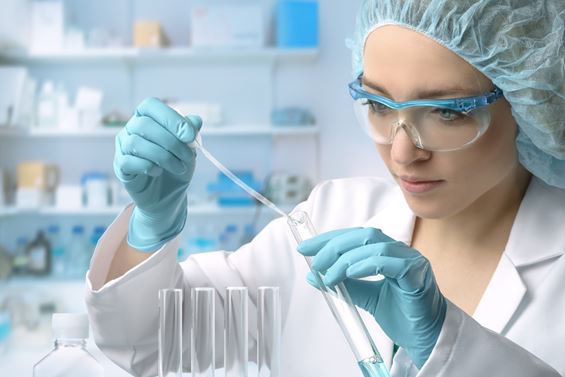 You’re signing papers at your table when your arm bumps over the class of water you were drinking. The liquid spreads onto the papers causing the ink to blur and smear all over the page.

Not all of the ink smears however, some of it runs down the paper in weird streaks. The process you’re seeing played out is chromatography. The process has an interesting history and today it’s used mainly for analytical purposes.

So, how does chromatography work? We’re about to tell you. Check out this guide to learn more about what it is, how it came to be, and what it’s used for.

How Does Chromatography Work?

Chromatography is the process in which components of a mixture are separated. To begin, the mixture is thrown into the mobile phase. This is where it’s dissolved.

It’s sort of like a race to see which components make it to the finish line first in a sense.

Chromatography can be used for a variety of different things. The process was developed by a botanist by the name of Mikhail Tswett. He used it in his study of different plant pigments.

Today, it’s used a lot in forensic science. Scientists can use the process to study evidence taken from a crime scene and analyze it to get to the bottom of things. Chromatography can be used to monitor pollution in water and air samples.

You can use it to identify and study the various compounds in pharmaceutical drugs, food, and perfume to determine if they’re safe for the public. All it takes is a small sample to do all of these amazing things.

Chromatography comes from the Greek terms “chroma” and “graphe”. It can be roughly translated as “color writing”. If a paper comes into contact with a bucket of water the ink will begin to run.

The larger molecules will travel much faster than the smaller ones, creating lines of color on the page that go along with the components used in the process. These streaks are why many refer to chromatography as “color writing”.

It’s quite a fitting name considering the chromatography process was once used for artistic purposes.

At one time, Chromatography was used by color theorists and artists in the textile industry. Their intention was to create the best industrial dyes as possible. What they made was chemistry.

Today, the theory of chromatography is still used but in a lab. As experiments evolved through the years, scientists have played around with the mobile and stationary phases. The result is a wide variety of different chromatography methods that we’re about to go over now.

We’ve talked a lot about using liquid in the chromatography process. It’s not the only substance that can be used, however. Gas chromatography is a form of the process that uses gas during the mobile phase.

A tiny sample of the gas mixture up for study is placed into a machine. The gas is heated until it’s vaporized before a neutral gas (usually helium or hydrogen) is added. This will be used to help push the gas through the glass or metal column inside the machine.

While the gas is being pushed through the column, it’s absorbed by a detector. Each component is then separated, analyzed, and printed on a chart for later study.

Liquid chromatography is the process that we’ve already discussed a little. A mixture is dissolved into a liquid base and passed on into the stationary phase.

There are many variations of this process depending on the polarities of the mobile and stationary phases. For example, ultra-high-performance-liquid chromatography uses the same methods we’ve already talked about but at a much higher pressure.

It offers a more accurate result than you can get out of traditional chromatography. You can go here to find out more about this process.

Thin-layer chromatography is as the name suggests. It uses a very thin layer of solid material in the stationary phase. The liquid mixture is sent through the material just like normal.

It has one advantage that regular liquid chromatography doesn’t have. It’s not too hard to photograph it. This makes the output simple to digitalize and study later.

Ion-exchange chromatography separates the liquid mixture based on its charge instead of its size. The process is handled differently depending on if the mixture is composed of positively or negatively charged ions. Scientists can use varying PH mobile phases and stationary phases to render specific and accurate results.

The concepts of chromatography can be used in a bunch of different laboratory techniques. One popular use is gel electrophoresis. Nucleic acids and proteins are sorted based on their sizes and pushed through a gel-like substance using an electronic field.

Your Guide to Chromatography

How does chromatography work? It’s a process that separates every component of a mixture so it may be analyzed and studied. There are different forms of chromatography depending on the substances used in the mobile and stationary phases.

We hope this guide has helped you understand this useful and interesting process a little bit better. Check out the technology section of our blog daily for more fun scientific posts like this one.