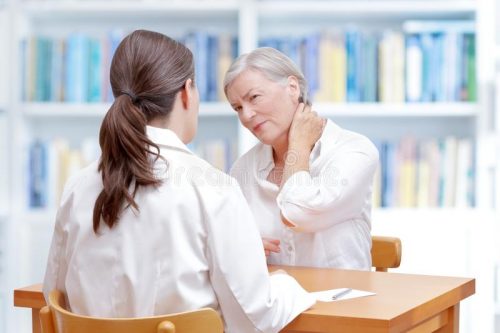 Fibromyalgia Syndrome (FMS) is a chronic condition of widespread musculoskeletal pain. This condition is very hard to be diagnosed as the symptoms may be messed up with arthritis or any other muscle disorder. Besides there aren’t any tests to confirm the disorder. In the past fibromyalgia was even considered as not a real medical condition. But the situation has been improved and in 2016 new criteria of fibromyalgia diagnosis were established. FMS should be treated mostly by medicine and lifestyle changes. Remedies for fibromyalgia are the main techniques in fighting the syndrome.

It causes pain which is supported with areas of tenderness, sleep disorders, fatigue, mental and physical distress.

It’s the main indicator of fibromyalgia symptoms. You will feel like the pain spreads through your whole body. But it feels only on muscles and other soft tissues, it doesn’t affect joints. It usually affects the neck, buttocks, shoulders, arms, the upper back, and the chest. It can start from mild achiness and reach to intense and unbearable discomfort. Fibromyalgia has an impact on the way your brain perceives the feeling of pain. Your body overreacts to the things that normally should not be painful. Even a small touch on the tender areas can cause pain.

Disturbed sleep is also a major symptom of Fibromyalgia syndrome (FMS). You will experience difficulty in falling asleep and will probably have more nightmare awakenings. Sleep research shows that the sleep disorder among the patients with FMS is not related to the amount of sleep but its quality. Taking into account that you have frequent arousals at night and extended stage 1 sleep but instead- slow wave sleep. All these indicate that your body and brain don’t get the needed rest and are in vigilant arousal condition during the night.

Fibromyalgia Syndrome in over 50% causes mental distress. Usually it is accompanied by mental confusion and decay of memory and mental resources. Mental distress with the loss of concentration is named with a term “Fibro Fog”. here are some manifestation of Fibro Fog:

As discussed above, while suffering from Fibromyalgia Syndrome you will have areas of tenderness. Even the simplest touch can cause unbearable pain. The pain may continue longer than usual. This condition has a term and can be described as:

You may also be sensitive to smoke, food, light and cold.

Other symptoms of fibromyalgia include:

Fibromyalgia doesn’t have a specific method to cure it. Still, there are treatments to soften the symptoms and make it easier to deal with.

Remember to talk to a doctor, never decide the treatment all by yourself. Treatment should be a combination of:

The healing process may be hard to deal with. Pain kills your mood and power to overcome Fibromyalgia Syndrome (FMS). But it should never be a reason to give up. With the use of remedies for fibromyalgia, medicine and the needed lifestyle you will reduce the symptoms to the minimum and start enjoying your life. Make little steps, day by day to a different life, you deserve it! Stay hydrated and safe!