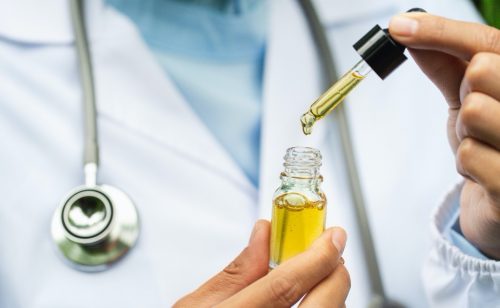 ADHD, or Attention Deficit Hyperactivity Disorder, is a common condition among children and adults. The American Psychiatric Association (APA) says that 8.4% of children and 2.5% of adults have it. So, finding a viable way to treat this disorder that’s safe and effective is crucial.

There are many studies showing how CBD can help with ADHD. Even though many of these are still in the early stages, some results reveal some alleviation with the condition.

No one knows what causes ADHD. Because there is no official test, adults and children receive this diagnosis only from exuding symptoms.

According to the APA, three out of four adults with ADHD also have a relative who has the condition. But this is difficult to prove because there’s no test to confirm the genetic relationship. There are theories and research suggesting it’s the result of a vaccine injury or from poor food, air and water quality.

There are two types of ADHD: inattentive and hyperactive, also known as impulsive. A diagnosis comes from an individual’s display of one or more of the following symptoms:

Although no studies confirm the correlation of using CBD to treat ADHD, research shows CBD can regulate neurotransmitters affected by ADHD, like GABA, norepinephrine, serotonin and dopamine.

Because symptoms include problems focusing, motivation and memory, doctors theorize this connects to dopamine levels. It’s why more studies should examine these levels in ADHD sufferers.

This adds to the theory how food and water could play a large role. For instance, a study published in the International Journal of Molecular Science in March 2020, found that fluoride in rats had a direct correlation to low dopamine.

In regards to ADHD and low levels of dopamine, researchers discovered that many people who suffer from this have larger amounts of dopamine transporters, which actually deplete dopamine. CBD interacts with dopamine to regulate and stimulate the levels. This can normalize focus, concentration and awareness.

Adderall, the standard medication given to those with ADHD, also increases dopamine with positive results. But, it’s very addictive because it contains dextroamphetamine and amphetamine. Both of which can create more problems than they solve, especially with children. Many adults who took Adderall as children experience extreme drug and alcohol dependencies.

Addiction as a Side Effect

Many pharmaceutical companies and other government agencies insist the risk of drug addiction via Adderall only increases in those without ADHD. But, since there isn’t a proper test for ADHD along with so few reliable studies, they can’t say that for certain.

CBD is not habit forming. It’s natural, the body already contains the cannabinoid receptors and it’s readily absorbed with little to no side effects.

CBD is excellent for other hormones and receptors responsible for mood, demeanor and mental activity. Things like GABA, norepinephrine and serotonin can benefit from the regulation CBD offers. Although studies are still ongoing, early results show that CBD works well.

GABA, or gamma-Aminobutyric acid, is similar to dopamine in how it influences moods and brain functions. People with ADHD often have low GABA levels. So, CBD can help support better GABA production by binding to these receptors, which, in turn, can reduce anxiety and excessive fidgeting.

This is much better than most accepted solutions offered by the medical industrial complex. Benzodiazepines, anesthetics and barbiturates can not only have horrid effects on internal organs but some can even encourage addiction.

Serotonin and norepinephrine levels are other hormones that are easy to throw out of whack. Some studies show CBD’s positive influence on these receptors to soothe anxiety, mitigate incessant worry and bring balance to erratic thinking.

Unfortunately, modern science hasn’t devised a way to bypass the negative effects from prescribed medications for those inflicted with ADHD. Benzodiazepines and amphetamines can increase anxiety and add insomnia into the mix, which doesn’t help matters at all.

The Potential of CBD

So yes, CBD can help with ADHD. Although studies are new and few, preliminary findings show great promise above and beyond the results of most accepted prescription medications. There are no long-term, negative effects with CBD.

Because of CBD’s gentle action and the fact that the body already contains the receptors to easily absorb CBD, it’s almost always going to be a better option. Of course, you want to consult with your doctor or trusted health care professional to make sure it’s the right thing.

Interesting Related Article: “What You Need To Know About CBD“